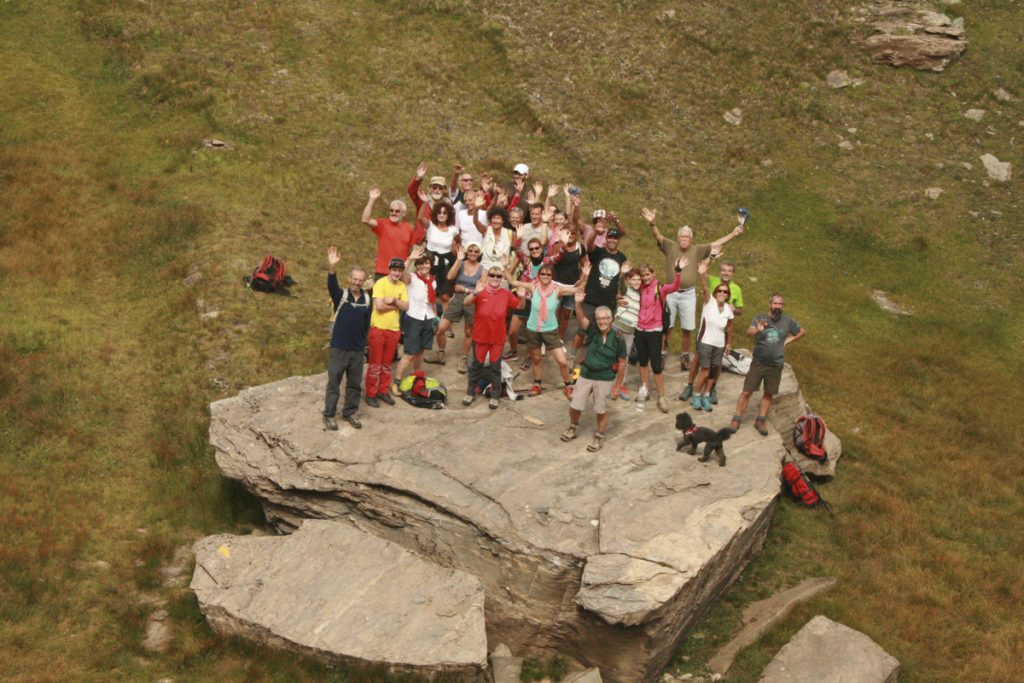 The Sentier de l’Abbé Gorret is a circular route that winds around the Motta di Plété along ancient paths that once led to high-altitude pastures.

The route starts from the 2320 metres of the pasture of Cleva de la Seya and rises on the western Motta di Plété, running along the south side of the mountain; its peak, located in the center of the Matterhorn Valley at an altitude of 2840 m, is reached by crossing gorges of rare beauty. Its summit is vast and flat, its particular location offering a 360-degree view… the Matterhorn to the north, the Grandes Murailles and Punta Cian to the west, the bottom of the valley to the south with the Tersiva and the Gran Paradiso in the background and to the east the Becca d’Aran, the Roisette and the sweet, white forms of the Gobba di Rollin. The feeling is one of being suspended in the void. Stretching out your arms and running through the edelweiss you embrace the whole world, the perception of the divine is intense, this place recalls better than any other the strong, sensitive figure of Abbé Gorret. A small dwelling built up there by a descendant of the Abbé gives the place a touch of the mystical and magical. The descent on the north side among rocks and debris is challenging. Having once again reached the grassy slopes at the height of the Table of Gargantuà (a huge stone slab on which the giant enjoyed taking a snack), you enter  a wild valley on the left which widens progressively to bring you back to Cleva de la Seya.

A big heart, a witty pen at the service of a fine mind, a powerful athletic physique, a wallet at risk of a metaphysical void, a bit like his stomach. Don Amé Gorret, Great Gorret, was all this and much more. He was born on 25 October 1836 in Valtournenche.

He was vicar of Cogne in July 1865, when the rivalry between Italy and England for the conquest of the Matterhorn was in full swing. Great Gorret had been among the very first explorers of the Gran Becca as early as 1857, and now he found himself involved in the Matterhorn adventure out of an obsessive passion, but also out of his bond with Canon Carrel, as well as a far-sighted vision of tourism-related economic potential. When Jean-Antoine Carrel’s expedition returned divided and disappointed, beaten by Whymper, and still unaware of the tragedy that had befallen the English team on their descent, it was Abbé Gorret who was first to offer to “redeem the honour of our country” refusing for himself and for his companions any financial reward, and it was precisely he, in true Christian spirit, who sacrificed himself a few steps from the summit to allow Carrel and Bich to plant the Italian flag on top, having shown the world that the Matterhorn could be climbed from Valtournenche, in perhaps a more arduous way but also more safely than by the Swiss route. It was July 17, 1865. His esteem among mountaineers was such that he was called to chair the conference of the Italian Alpine Club in 1869 and to be made an honorary member of the association by acclamation. But the suspicious minds of the ecclesiastical hierarchies saw him as being too liberal. He was relegated to the rectory of Saint-Jacques, at the top of the Ayas Valley, where he aged quickly. With his health seriously undermined, he died at the Priory of Saint-Pierre on 3 November, 1907.